Millions of Americans face eviction while rent prices around the country continue to rise, turning everything ‘upside down’ for many

Tammie Lyle, a single mother in Richmond, Virginia, was evicted from her home in July 2019 after the rental office of her apartment complex discovered her older daughter was staying with her.

“I ended up with the whole family – myself, four children, three grandkids, we had to go. We lived in a hotel for a little while, and then all split up,” Lyle said. “We all live in different houses now. We had to switch the kids’ schools and we missed a lot of time from work because we’re not together and we don’t have childcare.” 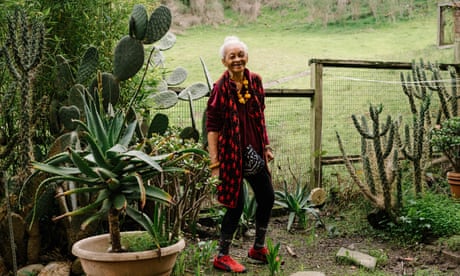 ‘I don’t have anywhere else to go’: why tenants fear renovation of neglected public housing

She works two jobs, one at Amazon and another at a 7-Eleven store, and sometimes she has a third if she can find the extra work.

Lyle’s story is just one of many when it comes to a modern American phenomenon: a plague of evictions that devastates the lives of already vulnerable families. In the US, an estimated 2.3 million Americans were evicted from their home in 2016, the latest year of available data, as rent prices around the US continue to rise while affordable housing units disappear and the legal system is weighted towards wealthy landlords, not tenants.

The impact of an eviction is frequently disastrous.

“Once you’re displaced from your house, everything is turned upside down,” added Lyle.

Her eviction decreased her credit score, which has made it difficult to find another apartment to rent, especially in Richmond, where rents have risen by 30% in parts of the city since 2012 and eviction rates are the second highest among large cities in the US. In 2016, there were 6,435 evictions in Richmond, a rate of 11.44% of all renters in the city, roughly three to four times the national eviction rate.

In Virginia, housing organizers and advocates argue the court systems are widely tilted in favor of landlords over tenants, driving high numbers of eviction lawsuits.

“People can get run over in these courts and they don’t really have much of a remedy to go back and show what was wrong,” said Omari al-Qadaffi, a housing organizer with the Legal Aid Justice Center in Richmond. He also noted tenants are required to pay a bond worth three months of rent to appeal any court decision, no matter their income and that the city has seen the destruction of public housing and landlords refusing to accept subsidized housing vouchers.

The Richmond Redevelopment and Housing Authority (RRHA) manages 4,000 public housing apartments throughout Richmond, and has been criticized by housing organizers for high eviction rates.

In 2017, 1,460 tenants living in RRHA apartments faced an eviction lawsuit, the highest of any landlord in the state of Virginia that year. Criticism for high eviction lawsuit rates caused the RRHA to freeze evictions temporarily in November 2019 until May 2020 and begin working with the city’s eviction diversion program.

“I received an eviction notice in September 2019 for $58 because they added on some charges I wasn’t aware of. A few weeks later, I received another eviction threat saying if you don’t remove your dog within 30 days, you will be evicted, but I don’t have a dog,” said a current tenant in Creighton Court, a public housing complex managed by RRHA, who requested to remain anonymous for fear of retaliation.

They provided a copy of both eviction notices. The RRHA is pushing forward with plans to demolish the Creighton Court complex, which will displace more than 300 families.

“They’re trying to put us out. We’re here because we need a little help. Its public housing, which means the people own it. I work, I pay tax dollars, so I’ve helped pay for public housing. Why are they making it so much harder on us?” the tenant added.

An RRHA spokesperson told the Guardian in an email: “RRHA has no record of the circumstances described. However, in the event that a resident were to receive erroneous notice of a violation of RRHA’s Pet Policy, RRHA believes adequate safeguards are in place to protect the tenant’s interests.”

They added that every resident who is affected by redevelopment will be provided with another public housing unit or a tenant-based voucher.

‘We lead the nation in eviction rates’

In North Charleston, South Carolina, renters are plagued with the highest eviction rate of any major city in the US, at a rate of 16.5% of all renters in 2016.

“We’ve been pushing for elected officials to really address the fact we lead the nation in eviction rates, and so far the city says they don’t have money to put toward an affordable housing trust fund, but the city is getting ready to unveil an aquatics center that costs about $22.5m. The question isn’t whether the city has the money, it’s where do our priorities lie?” said a housing organizer in North Charleston who requested to remain anonymous.

In September 2019, a new housing court pilot program began in North Charleston to provide tenants with legal representation in eviction court cases, support that has been severely lacking in the city. Nationwide, the majority of tenants who face eviction lawsuits have no legal representation.

“We need to have a system where tenants are provided a lawyer even if they cannot afford one,” said the South Carolina state representative Marvin Pendarvis, who proposed a bill last year to improve the rights of tenants in response to high eviction rates in North Charleston.

As Pendarvis pushes for legislation to improve the rights of tenants in South Carolina, residents in North Charleston still continue to face evictions, driven by gentrification and new development.

A 34-year-old black single mother, who requested to remain anonymous, was evicted from her home on 10 October 2019 after renting it for four years.

“The owner of my house decided he didn’t want to rent the house any more, so he gave me a 30-day notice when I was scheduled to renew my lease,” she said.

She tried to move out by the end of the month on 31 October, but was told by her landlord she would be in breach of contract if she didn’t pay rent until 10 November 2019 and maintain utilities in the apartment.

“I did that, I cleaned out everything after living in this home for four years, and they are refusing to give me any of my $875 deposit for all the repairs they said they had to do,” she added. “I ended up having to pay a move-in fee, first and last month’s rent, and the rental fee for a new place. It was almost $3,000 to come up with. I’m a single mother, I don’t make a lot of money.”

Though many of the largest US cities have lower eviction rates than North Charleston and Richmond, cities such as Atlanta have predominantly black neighborhoods facing an eviction crisis with eviction rates as high as 40%. The city has the third highest eviction rate in the US among the country’s top 50 largest metro areas.

She was forced out of her Atlanta home in November 2019 after her landlord sold the house she was renting and is still struggling to find a new place to live. “Even with the monthly income I do make, it’s not enough because I’m losing money in rental application fees, transportation and lodging in motels.”

Large-scale development projects such as the Atlanta BeltLine, a multibillion-dollar rails to trails project, are driving mass evictions in Atlanta’s south side as rental prices soar along its route.

“So many people on this side of town are seeing mass evictions due to these infrastructure development projects and because the landlords jack up the rents and have begun serial eviction filings,” said Alison Johnson, executive director of the Atlanta Housing Justice League.

Her organization has developed an eviction manual to walk tenants through their rights in the eviction process. “Landlords want to raise rents as high as possible to attract higher-income people into those units.”

In December 2019, housing organizers protested outside the Atlanta mayor’s office as the city is using eminent domain, where private property is seized for public use, to evict residents in Atlanta’s Peoplestown neighborhood to build a park and pond to mitigate flooding issues in the area caused by poor sewage infrastructure and overdevelopment.

Tanya Washington, a law professor at Georgia State University, is one of the homeowners currently facing a lawsuit filed by the city of Atlanta to evict her from her home in the Peoplestown neighborhood.

She provided emails from a city-employed engineer obtained through the lawsuit’s discovery process where an engineer states the use of eminent domain is unnecessary to build the park and pond, and Washington says the city has been provided with alternative, cheaper development plans that would achieve the same flooding control goals.

“They decided to take a whole block of homes. They started demolishing homes in 2014; out of 27, there are four left,” said Washington. The remaining property deeds are currently under the ownership of the city of Atlanta. “As of October 31, 2016, we have been occupying our homes on borrowed time. At any moment they can come and evict us.”

… in the coming year, and the results will define the country for a generation. These are perilous times. Over the last three years, much of what the Guardian holds dear has been threatened – democracy, civility, truth. This US administration is establishing new norms of behaviour. Anger and cruelty disfigure public discourse and lying is commonplace. Truth is being chased away. But with your help we can continue to put it center stage.

Rampant disinformation, partisan news sources and social media’s tsunami of fake news is no basis on which to inform the American public in 2020. The need for a robust, independent press has never been greater, and with your support we can continue to provide fact-based reporting that offers public scrutiny and oversight. Our journalism is free and open for all, but it’s made possible thanks to the support we receive from readers like you across America in all 50 states.

“America is at a tipping point, finely balanced between truth and lies, hope and hate, civility and nastiness. Many vital aspects of American public life are in play – the Supreme Court, abortion rights, climate policy, wealth inequality, Big Tech and much more. The stakes could hardly be higher. As that choice nears, the Guardian, as it has done for 200 years, and with your continued support, will continue to argue for the values we hold dear – facts, science, diversity, equality and fairness.” – US editor, John Mulholland

On the occasion of its 100th birthday in 1921 the editor of the Guardian said, “Perhaps the chief virtue of a newspaper is its independence. It should have a soul of its own.” That is more true than ever. Freed from the influence of an owner or shareholders, the Guardian’s editorial independence is our unique driving force and guiding principle.