Hill turned himself in Tuesday morning. A recently unsealed federal indictment alleges Hill, on multiple occasions, had county inmates placed in restraint chairs for several hours in violation of their constitutional rights. Hill pleaded not guilty and said he will fight the charges. According to Hill, these charges are “politically-motivated”.

Attorney Drew Findling, Hill’s lawyer, says the inmates in question are trying to say disparaging things against his client due to their own legal issues. The federal investigation started under the Trump administration and many citizens are questioning the motivation of these charges.

“As a human rights organization, we take all accusations of Constitutional Rights violations seriously. It is extremely rare for us to support a member of law enforcement who has been accused of such a violation. However, our legal analysts at New Order National Human Rights Organization have thoroughly reviewed the federal indictment against Sheriff Victor Hill and have come to the conclusion that Sheriff Hill did not violate the rights of anyone. This seems like a massive overreach from the federal government. This investigation against Sheriff Hill started under the Trump administration and was approved by Trump surrogates. There are Black and Brown citizens being killed by police across the country and these officers never receive a federal indictment. To charge the first Black elected Sheriff with multiple felonies for a legal and commonly used law enforcement restraint chair is beyond comprehension. We stand with the community of Clayton County and Sheriff Hill, said Gerald Rose, the group’s CEO.

ABJ Digital will bring you developments as they come. 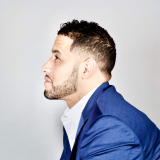